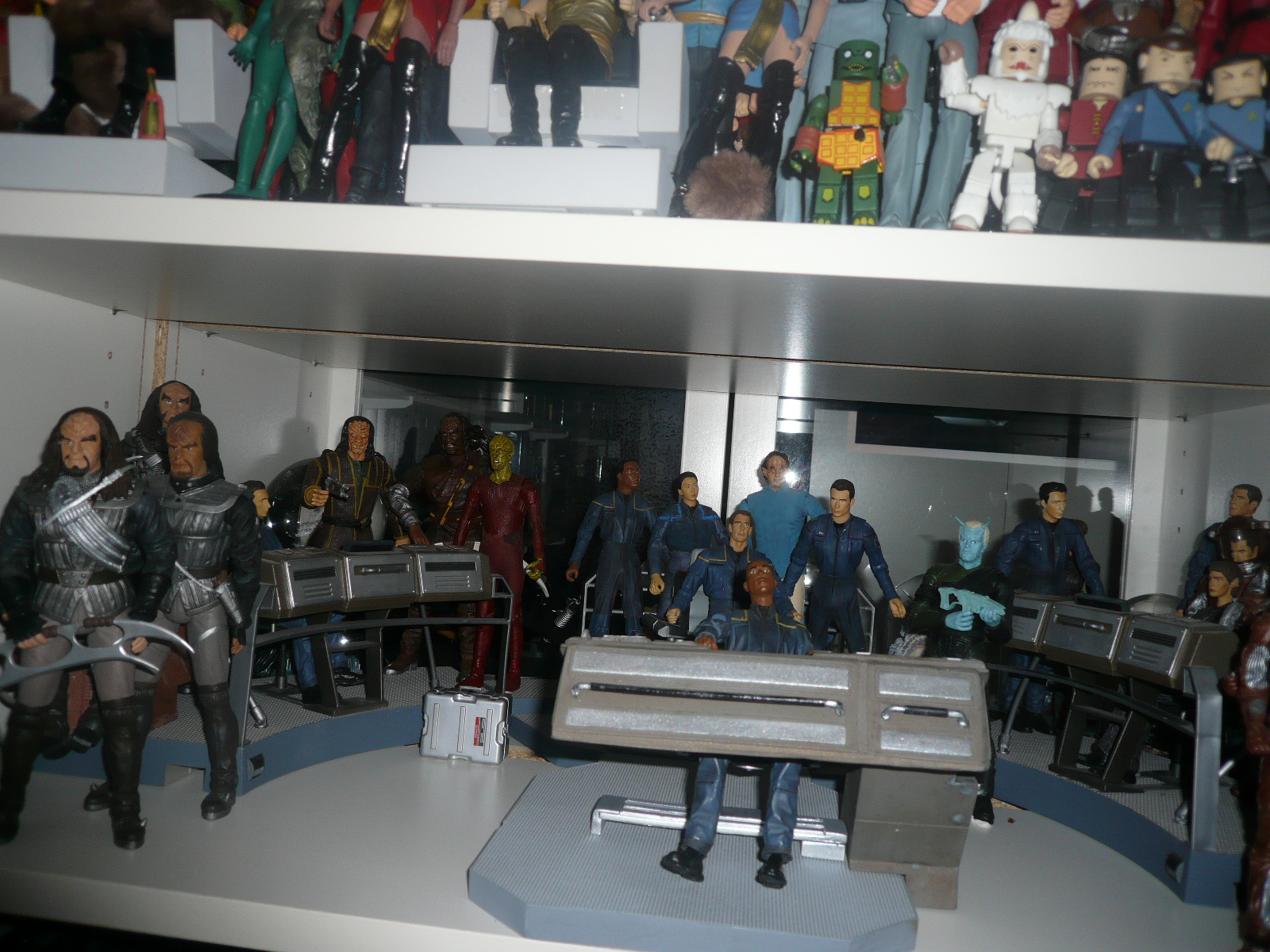 I know this will bring forth the answer of, 'well they would have to do it for every toy forum', but this place seems to be the premier Star Trek toy site on the net, especially for Art Asylum/Diamond Select Star Trek items. Feel free to correct me if I'm wrong (bearing in mind I said 'toy', not model). With that said, I do have to wonder why some of these exclusives can't be made available to members here who want one of them, even if it was an agreed maximum number - say 10 - and it was a first come, first serve basis?

This Excelsior variant is something that I REALLY would not want. I don't collect the battle-damaged ships for a start, and with no new sounds or lights, I wouldn't see the point. Therefore, I'd describe it as perfect for being a one-off comic con item.

Data, are you a Star Trek fan, or just a toy collector? If it's the former, I'd find your decision to stop collecting the ships in future, especially new ones, hard to understand to be honest. If it's the latter, then surely the 'chase' of that rare item is what gives you the thrill/joy of eventually owning it?

The forum option wopuld be something I welcome, and yes of course there is an option to fly over to the US and go to the con just to pick up this item, but at that price (airplane ticket alone will be close to € 1.000) even the scalper prices will look like a penny in comparrison.

Anyways Jay-K in answer to your question I'm all round trek collector (see my site linked below), however I either collect something or I don't and if I collect it I collect to complete it, so if it is impossible to get a complete set of anything I simply will not collect it. (for example Rittenhouse for a short period had the unholly idea to limit an insert set to 25 per card (which would make it (near) impossible to complete the two insert sets (of 110 cards each), I then also commented the same, if those quantities stay the same I will not collect those inserts anymore. (and whith me many other collectors)-> end result Rittenhouse listen and increased the number to 100 cards, still hard to get but possible so I went for it). Chasing the item I know this might not be anyone else vision but for me "The Chase" has little to no appeal, I colelct to have a complete set, the chase itself is just a necessity which I prefer to avoid. (Hence I would pre-order anything), I'm, really just a collector not a chaser.

And I fully concur with BadbunnyMike, as teh 200 of last year sold out on the preview night, why the heck are you decreasing that number, I would expect that (as DST only make the inital sales price as revenue) you would increase the number so you can sell more....

For me it is like badbunnymike says, I'm a completist, as far as I know I've got everything trek DST has released over the years (includign most of the box variants, I did stop recently though with the ship rereleases as I'm running low on space). but the fun of collecting these is slowly decreasing for me, especially with con exclusive that are only there for scalpers and for no one else, so for a company that says its there for collectors I'm bitterly disapointed they go for the exclusive route again without any other way (besides paying the scalpers) to get it for those of us who live on the other side of the world.....

#72716 Paramount Lays off workers, Star Trek into Darkness is one of the reasons

To me anything withe the name before 2009

My gues is Fake:

seems to be to odd a backing compared to the actuall released figures in the past.