8 replies to this topic

First of, I hope this is OK by the moderators, FHC, and the overall community.

Recently, I've been taking lots of photos of my Playmates figures, and I've been posting them in Random Thoughts. But to be honest, I've been taking so many I don't want to seem like I'm "spamming" the thread. So, I thought, why not make a topic?

The idea is that you post anything Playmates related, stuff that doesn't necessarily fit anywhere else. Ship flybys, away teams in the grass, group shots of figures, anything you don't feel goes anywhere else, post here if you like.

I'll start of by posting a picture of some fun I had with my Innerspace/Strikeforce figures: 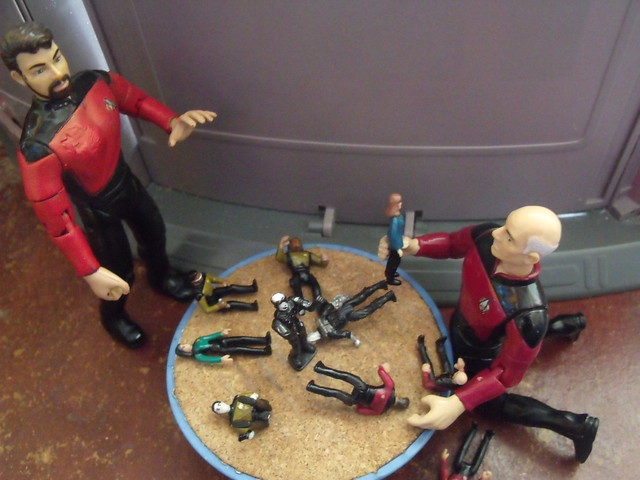 "Noted, Mr Worf"
"(Worf voice) Sir, they are within transporter range."
"Understood.
"(Troi voice) I sense danger, Captain "
"Maintain position"
"(Worf voice) Sir, the ship is transporting a boarding party aboard. It's a contingent of Borg drones!"
Pew pew pew!
"(Riker voice) AHHHHAA"
Chew chew chew! Pew pew pew! Pffshhhewwww!
"Now is not the time for such an act, Dr Crusher"
(Door opens)
"Captain."
"What!"
"You're needed on the bridge sir!"
"Knock on my door next time!! Did you see anything?"
"No sir, I didn't see you playing with your dolls again."
"Good, and their action figures, not dolls, number one."

Hahaha! The famous motor cycle Data picture! That never stops being funny in my opinion. 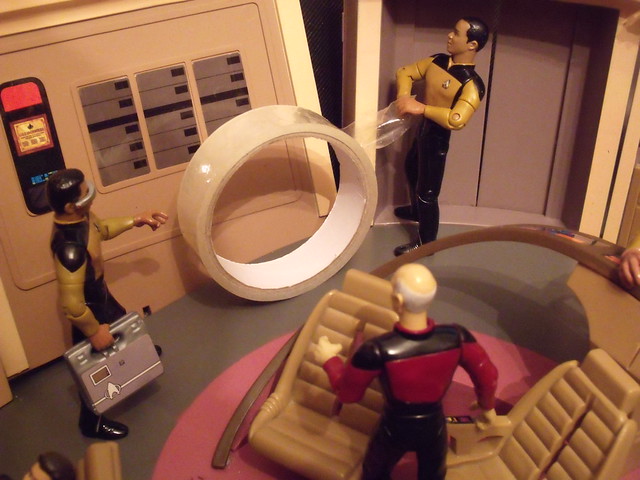 Some more fun with the Bridge: 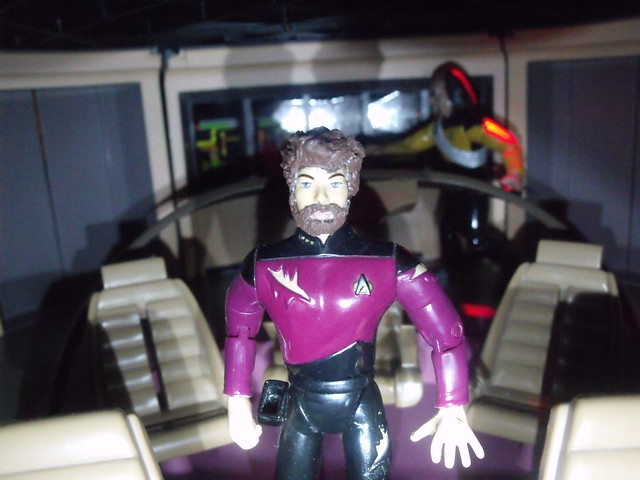 "We won't go back. You don't know what it's like in our universe. The Federation's gone, the Borg is everywhere! We're one of the last ships left. Please, you've got to help us!"

This reminds me of when I left my nephews playing with my figures and Bridge playset, once.

This is what I came back to: Captain Giganto-Riker, First officer CloneWorf, Ensign Kenobi at the helm, and lieutenant DoubleData at the rear stations. I was glad they had Troi, Geordi, and Worf at the right stations, though. I think the Picard figure was AWOL at that point - since retrieved.

Worf: The intruder is restrained, sir. Hahaha, giant Riker and Kenobi at helm! It's real strange what kids do to your toys when you let them loose. I love the posing in the second shot, the way the Borg's lunging out of the turbo lift, Geordi's kind of leaning away, and Worf looks like he's showing off, the " You know, I destroyed two Romulan Warbird's last week and wrestled a Borg with one hand, blindfolded." look. 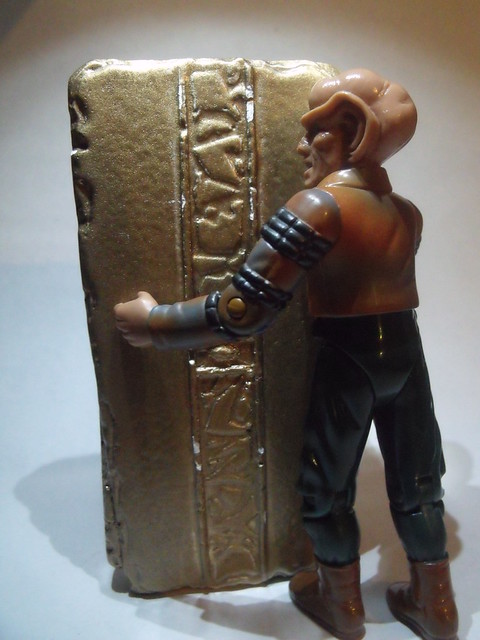 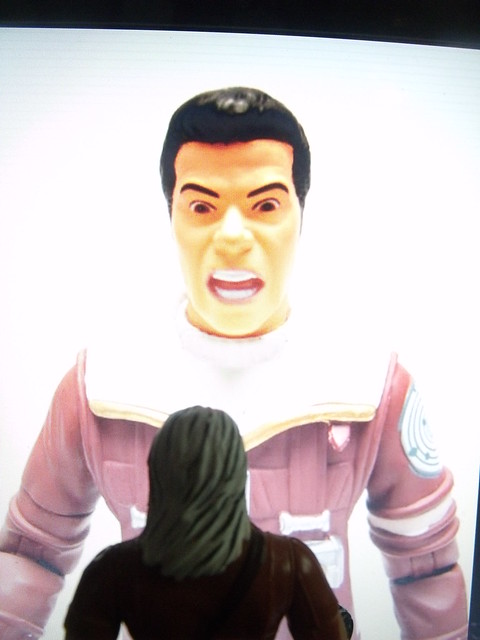 "I've done far worse than kill you, Admiral. I've hurt you. And I wish to go on hurting you. I shall leave you "installing automatic updates", marooned for all eternity in the centre of "30% complete" ... buried alive! Buried alive...!"
"KHAAAANNNNNN!!!"
(echos)
"KHAAAANNNNNN!!!"
FULL credit for the fantastic picture of Kirk by DST goes to James Sawyer of http://www.apieceoftheaction.net/ 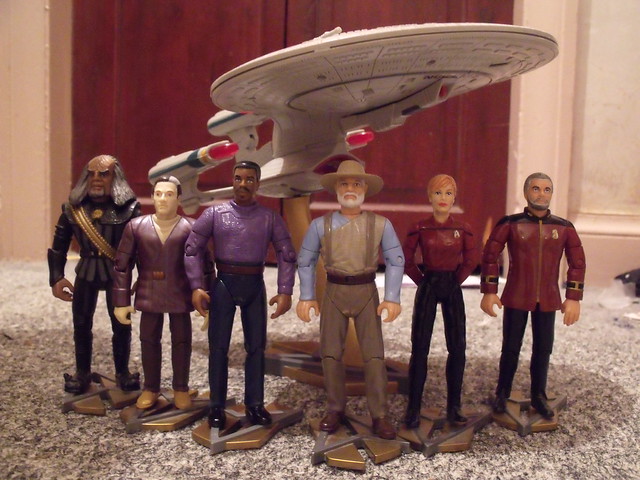