You are all welcome.

Oh, then count me in with you two. I love my playmates.

Ok I want one too.

Not to drag us off topic, but we really are lucky that Zach comes by and takes the pounding he takes.

I have mine and got it at a fair price. Of course mine will stay boxed. Is only going to post some photos?

I for one, mind you an important one, do tire as well of  the same things that SOMEHOW some people find a way to bring into thread after thread.

For an example mind you, why is the Enterprise D being talked about in this thread? Are there no threads on the D? Now I know full well that threads wander around a bit, but it's important to try and stick to the topic at hand. If I click a thread called Chevy Trucks I don't want to start reading about Fender Guitars or a Tuna Sandwich. If I remember right this thread is about a clear klingon ship? Let's generally stick to that shall we?

I shouldn't have bought it?

For those that are wondering, that was a joke.

The A is hands down my fav off all the ships.

I am old enough to remember

The next Generation will kill Star Trek

Star Trek is like a cockroach, it can't be killed.

I'd say if you want a Star Trek like the good old days, you need to cut the budget back to 50 Mil to make one. Then the write and director would be forced to have people just stand around and talk about the moral recourse's, on about 5 sets with very limited effects.

Zip-Tie? That is a level 5 plasticular retaining strap! LOL

I used to own a origami business, but it folded.

OH I had one more

I did not want to have any children after I got married. My wife asked me why. I told her that I had read that 1 out of every 3 kids born in the world was Chinese and those were not good enough odds for me. 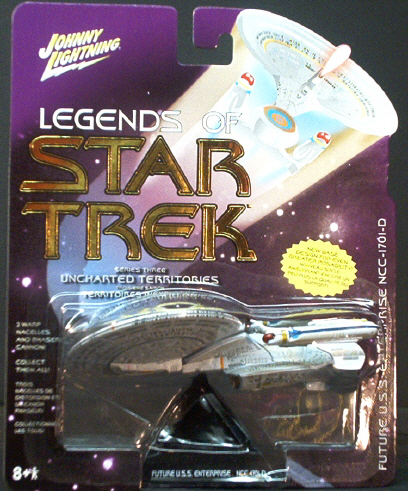