Here's a very well done Dr. Crusher custom figure with a very detailed card. The body, of course, is a repainted Tasha figure.

I don't think the head is 3D-printed, which would have been my way to go, but it's rather a redress of something else.

If I had to nitpick anything it's that the photo is obviously of Crusher from the later seasons, which you can tell by the collar of the uniform. The figure itself is a diamond uniform though. 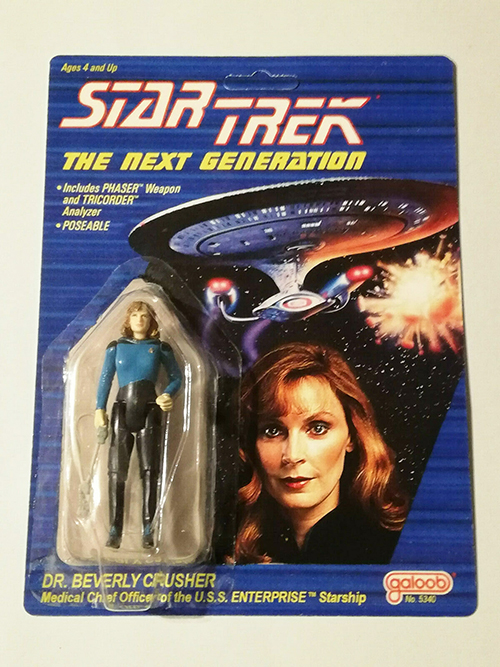 The card itself is very detailed and very committed, with unique graphics added to the back.

I think 3D printing, as it becomes more accessible, will really open up the production of custom figures, especially now that you can build a 3D model of an actor's head and let the printer do the rest.

This particular figure, in case you're wondering, sold on eBay for not much money at all -- about the price of a Galoob Ferengi figure. 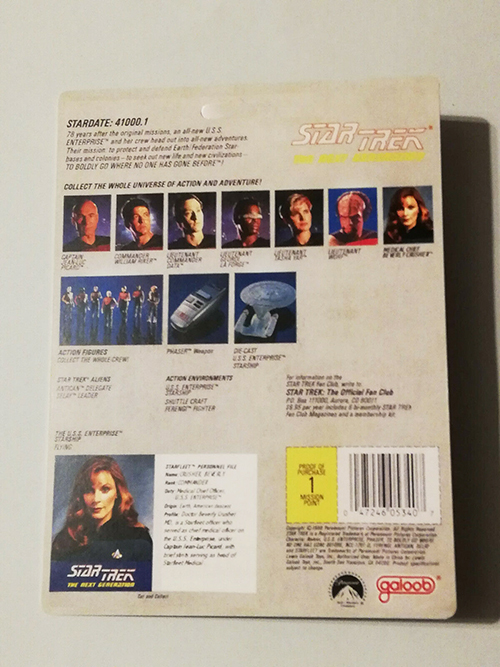 Here's a custom Wesley figure, patterned after the prototypes that Galoob itself in the late 1980s but never released, even though there are a number of them floating around and selling at auction from time to time.

This one feels like the legs are from Galoob and the body and head are from something else, and then modified to look like Wes.

The builder of this figure made a number of these, and each one is a little different, so it's not quite an industrial process that was used to produce these. 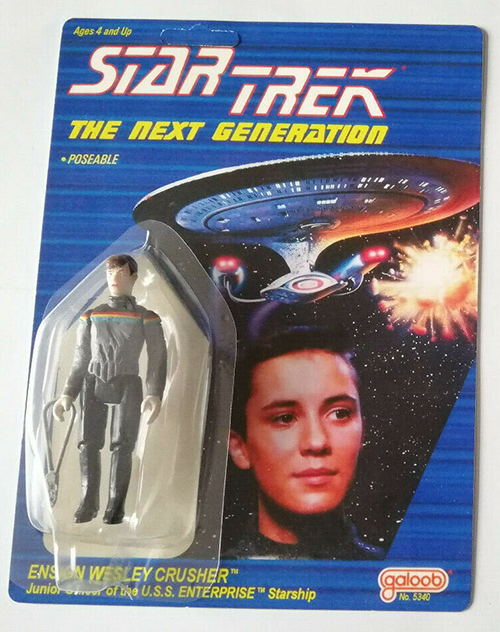 If my goal was to create a fully articulated figure in the style of Galoob I think I would have 3D printed the whole thing -- there are not too many easy ways to produce the sweater and the head without a lot of work.

The result is convincing, I would say, but perhaps only from a few feet away. 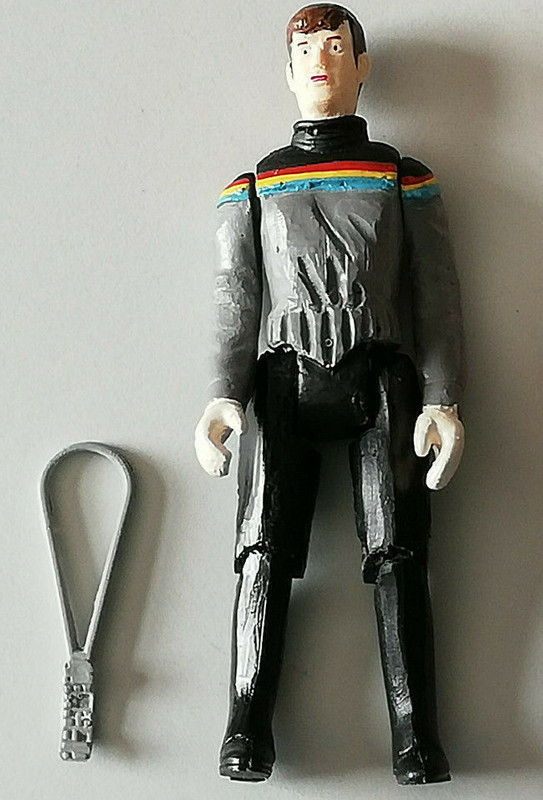 Here's a custom Romulan figure, the build process for which looks like a nightmare compared to Crusher or Wesley.

It must have been really difficult to create the pleated pattern of the uniform. Note too that this it the Marc Alaimo Romulan from TNG. 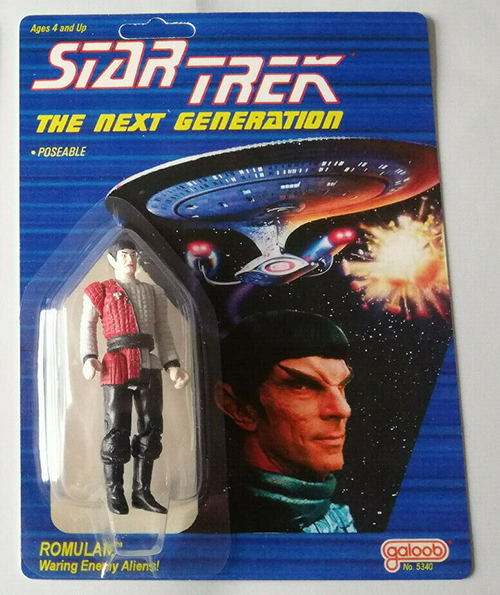 This one looks like it took a lot of effort. I think the legs are from the Q figure. 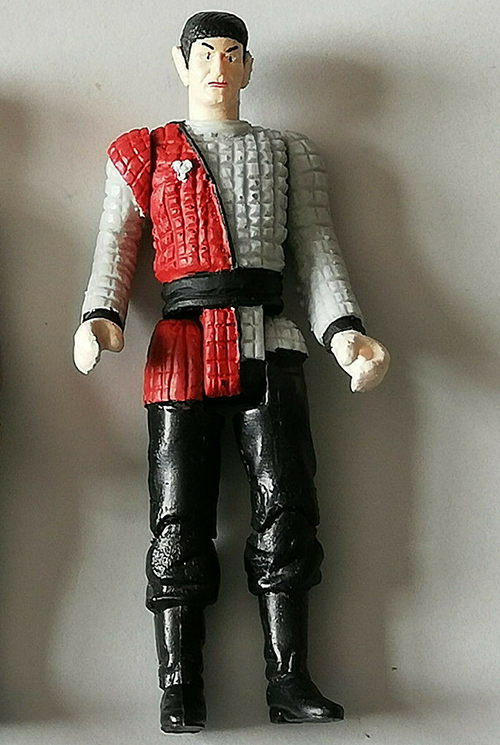 I actually bought a bearded Riker from the same seller. I was gonna buy the 2 Crushers as well as the Romulan if he was gonna relist them however when I asked he said he didn't have the components left to make any more. I was gutted.