2 replies to this topic

Galoob's line did have a few bootleg attempts including this Enterprise-D, about 5.7 inches in length, along with some wacky-looking alien figures that, unfortunately, do not look like the Ferengi.

Released in South Korea by Tae Yang with promises for a phaser and tricorder unremoved from the card, which has a plain gray reverse side with no text or graphics whatsoever. 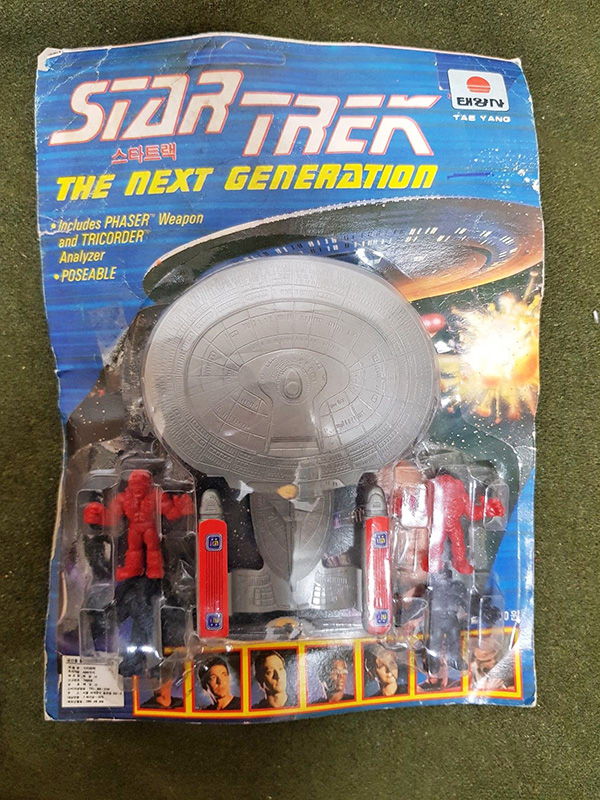 Here are two bootleg, Mexican-market Micro Machine sets, that liberally mix Star Wars and Star Trek ships. These are said to be made from rubber (but that could mean anything) rather than some sturdier plastic that Galoob was using, and there are five of these per pack, featuring very distinct ships.

One thing that's not clear is whether some of these are two-piece castings, or one-piece, like the Grissom for example. I think it requires that there would be at least two parts of it glued together after the casts were done. Also, I think there are a couple of different grades of rubber or plastic used here, because the Enterprise-C is partially translucent, whereas the Grissom looks like a very solid color.

The translucent ships would require a harder grade of plastic, perhaps far more brittle than anything we're used to in toys, whereas the solid colors could actually be some form of colored, rather than painted, PVC.

I don't think this is the extent of the variety, but it appears given the selection of ships that these would have come out sometime in 1996. 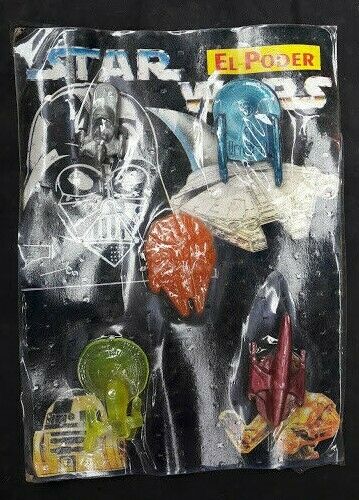 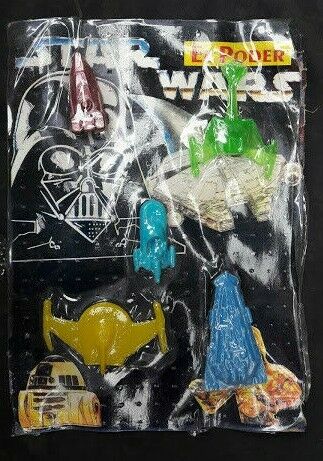 Such strange treasures. These are the kind of treats one might expect as fast-food premiums or vending machine toys.