9 replies to this topic

The Hallmark Dream Book for 2018 has just been released!  4 Star Trek offerings for this year, including a TOS Enterprise that was not included in previous Hallmark tomes.  And, yeah, there are a few offerings from that other space movie franchise.....I forget the name.

Will definitely get Discovery if I like her in person.

The metal Enterprise is very interesting.

There's also been announced the convention exclusive M'Ress and Arex from the Animated Series. They look great but I fear could be a bit difficult to track down, especially here in the UK.


Its a storyteller, so its supposed to go with the Deathstar, Vaders Tie, and Lukes X-Wing.

It wouldnt surprise me if next year they have Landos Falcon as a normal ornament.

I think I like most of this year's offerings.

I was a completist until they started putting out re-do single figures of the TOS crew that had awful sculpts...and then made matters worse with impossible to obtain exclusive variants that were highly desirable IMO.

Then they put out that one last year of Picard & Data which was the first dio I skipped because again the sculpts were god awful.

This year I'm not sure how many more solid color NCC-1701s I need on my Trek tree, that might be the one I skip over.

Kirk's face kind of looks like Pine more than Shatner to me...but we don't really get a good look at it head on in any of those marketing photos.

The EM one is much more accurate sculpt wise, but I like the hull detailing and lights on the Hallmark one.

It annoys me the impulse engines dont light up, and arent even red though. 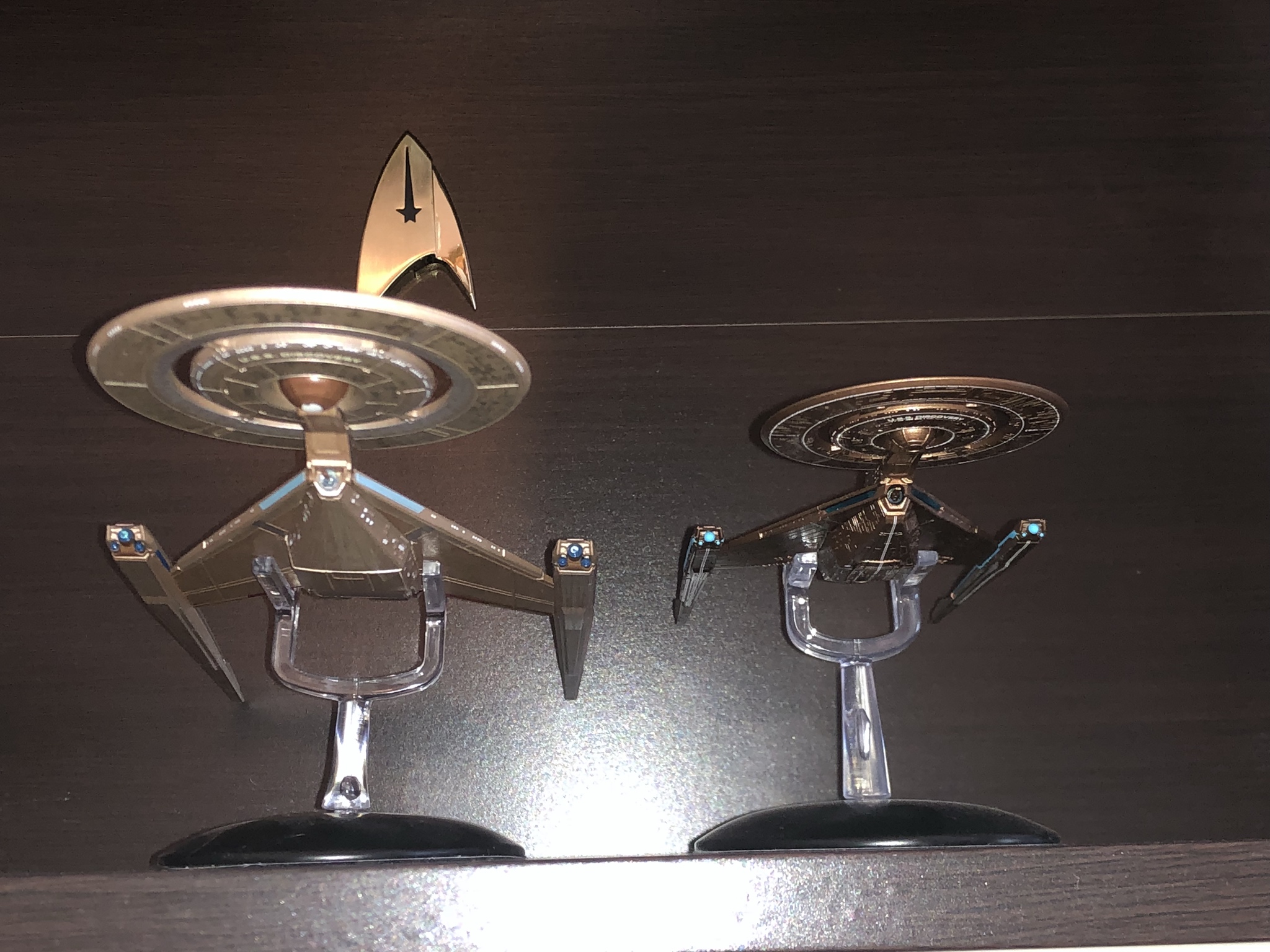 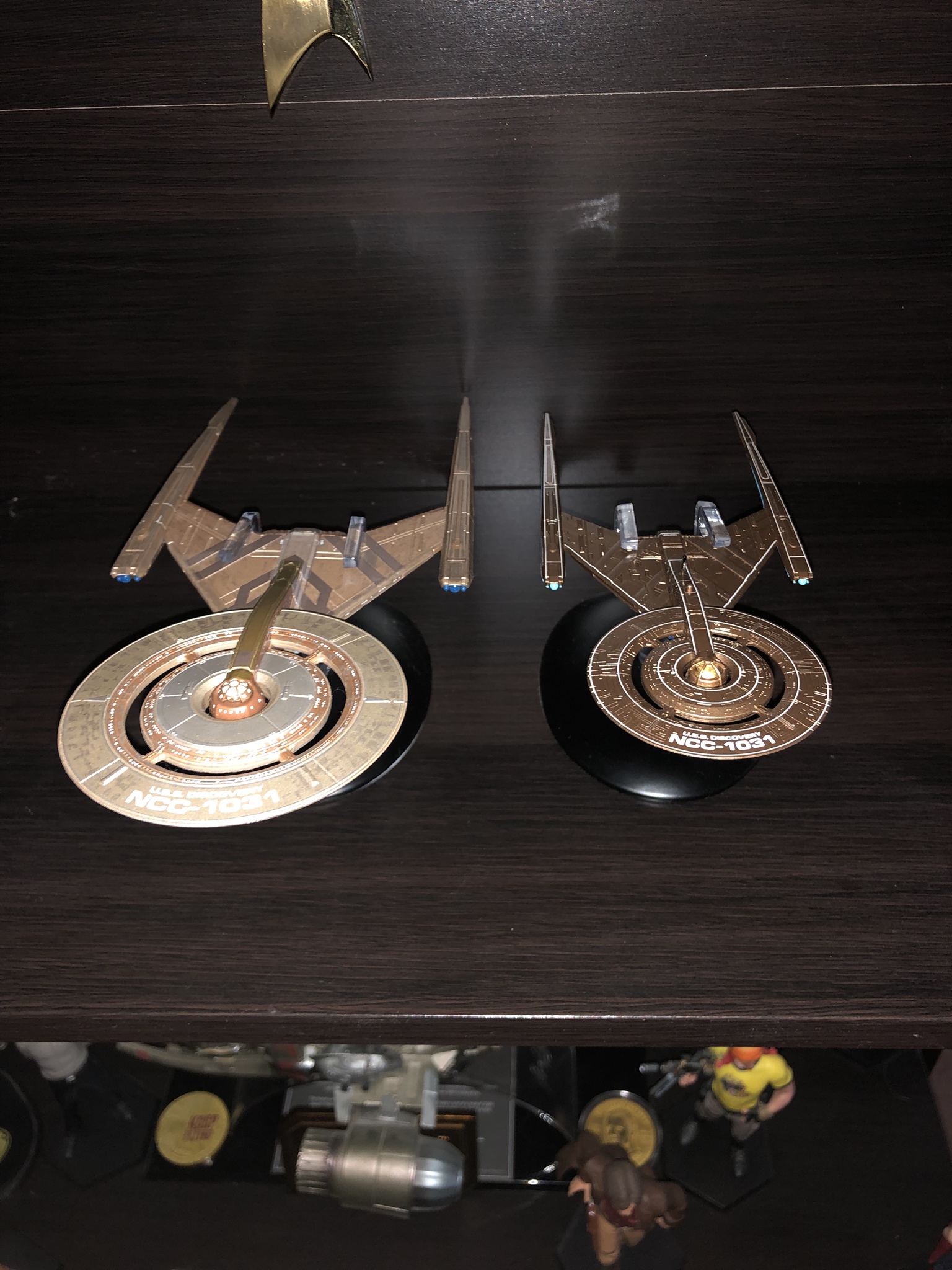 I might pick up the Discovery for my Tree.... got most of the TOS-U ships.

I stopped by a hallmark store and looked at the DISCO ornament... I was actually very disappointed with its looks so I didn't buy one.  The Saucer section seems very small in relation to the rest of the body, and I never had the sense it was the disproportionate when watching the show. Maybe I wasn't paying enough attention... I'll have to take a look again, also no sounds... just lights.

The Tricorder is home run though... unfortunately they only had the floor model and were all out of that one, but I'll get one to go with the phaser and communicator.

I think that will be it for Star Trek... the HAL looks cool too!

Also tagged with one or more of these keywords: My Obsession Continues!