Destructor! This is a work of pure genius!! Just amazing. Totally blown away!

Sure! When I get home I will post a picture. You get 4 packs every month and 1 magazine that gives you directions for all 4 packs. The total number of packs is 120 for the full build.... So you are looking at 30 months to completion.

The price is the scary part... When all is said and done you are looking at over 1500.00. It's a huge model though and half of it is metal.

Greetings fellow Trekkers.... I have been building the 1/980 Eaglemoss/ Hero Collector Enterprise D Partswork since January of last year.

It has been both amazing and also difficult at times. The model itself incorporates both Diecast parts and plastic. It is a rather cool build up but very complicated as it does include a complete lighting system.

This is not cheap, nor for the faint of heart. The entire run of monthly shipped parts takes 2 and a half years to reach completion. I am one year in.

The top of my Saucer is nearing completion,  I'm half way done with the port Nacelle and the neck is done.

I'm including some images to show what I have completed. As I've said, this isnt for everyone and it isnt cheap. Oh.... The completed ship will measure almost 28" long.

I cant say how I found this out.... but I saw images of a huge 43" long Classic Enterprise from Playmobil.  It is scheduled to release this fall. They are keeping it under wraps.

The saucer section is fairly accurate... From the top it looks perfect. The bottom of the saucer dips a bit lower than the filming model because there is a full scale bridge inside.  It also lights up with sounds.

The sheer size of this is amazing....

This is going to be a limited release.

I dont think I will pay that kind of money but it is an amazing toy.

It reminds me of the BMF Millennium Falcon from Hasbro.... Only bigger!!

I think 'Picard' is reflective, in many ways, of what's going on in the world today.... Maybe I'm just old, but I think things have changed a lot in the past couple of decades. I personally, really like the show.....It has complex story telling and is well filmed. I appreciate seeing one of my heroes, Capt/Adm Picard, facing new obstacles, including his mortality.... If done right.... I think this show could have some great payout.... One point, mainly, having Picard and his compadres bringing some light back to a dark period for the Federation.

Oh..... I will say I was a bit worried about Data's appearance from the trailers..... It seems they went back though and fixed his hairline and some of Spiner's aging.... He looked much better, in my opinion, in the actual show....

Without saying too much more.... I really loved the opening scene of the series!

That Akira XL looks really good ! Recieved the XL Enterprise C as a belated Birthday gift.... I'm really impressed..... I think they did a great job... Plus it's a damn huge replica... Makes my XL Enterprise D look dinky. Those are great!!! Fantastic builds !!

I had to come back in and look at these pics. I'm currently trying to decide between this and the Grissom kit. It's a hard choice. To all of you from the States and those celebrating abroad.... Happy Thanksgiving!! Very intrigued to see how this turns out. You can kind of see the details in the pics, but I’m sure they’ll pop once you get her painted.


Definitely, Alteran.... Its going to take some time, and a LOT of masking tape, but she will get there!!

Here is where she is at now.... Her seams are looking better and I have a cote of primer on...

Break down of the Vesta Class Specs.... Makes the Sovereign Class look like child play!

Take a look at the armament section and the main computer specs...

In 2380 a new and advanced class of Starship entered service in Starfleet. The class was designated a multi-mission explorer and was test-bed for a number of experimental technologies, including quantum slipstream drive. As of February 2381 there were seven vessels of the class in service.

The Vesta Class starship USS Aventine was the test-bed for a number of new Starfleet technologies, including quantum slipstream drive which could allow the vessel to travel 65,000 light years in just three months. Systems installed as part of the slipstream drive included a quantum field focus controller at the front of the ship's main deflector and a chroniton integrator. The quantum field focus controller allowed the starship to keep shields and communication online and at 100% during slipstream travel. It could also be used as a beam intensifier. If the ship is heavily damaged and the field focuser is still online, power from the phasers and shields could be rerouted to the main deflection system and be used to ether create a shield bubble or a high intensity phaser beam which could be sustained for as long as power can be routed to the deflector array. The chroniton integrator could be used to take sensor readings several seconds into the future when the ship was using its slipstream drive.

The Vesta Class ships also played a major part in the Borg invasion of 2381, most notably the aforementioned USS Aventine. However, because of the class's use of several experimental technologies, much of the classes history is currently classified, however in the early 2390s the class was upgraded with new Type-XIII phaser arrays and improved power allocation systems.

2369: Starfleet issues a general design brief for a multi purpose vessel capable of deep space, combat, and diplomatic missions. The general idea is for a modular starship based around the specifications of the Sovereign class currently being built.

2370: Starfleet views the Theoretical proposals for the Vesta. After deliberation the Vesta's primary Design is approved and briefs for the propulsion, computer, weapons and spaceframe parameters are sent out to Starfleet Design agencies for consultation.

2371: Propulsion Dynamic are approved and sent to the Jupiter Station for in-depth study. Later in the year MARA design is standardized for the Vesta Class. Spaceframe design is approved and full specifications are forwarded to Utopia Planitia for designations. USS Vesta Production begins with a projected 9 year turnover for the Prototype ship. Saucer Section is redesigned.

2374: Primary and secondary chassis's now at 100% completion. Computers are delivered for fitting work.

2375: Work continues on habitat and out hull sections for USS Vesta. Late in year computer cores are activated and ship functions begin to be transferred from station control to ship control. Bridge module is designed. Weapons systems from Sovereign class modified for the Vesta and installed. 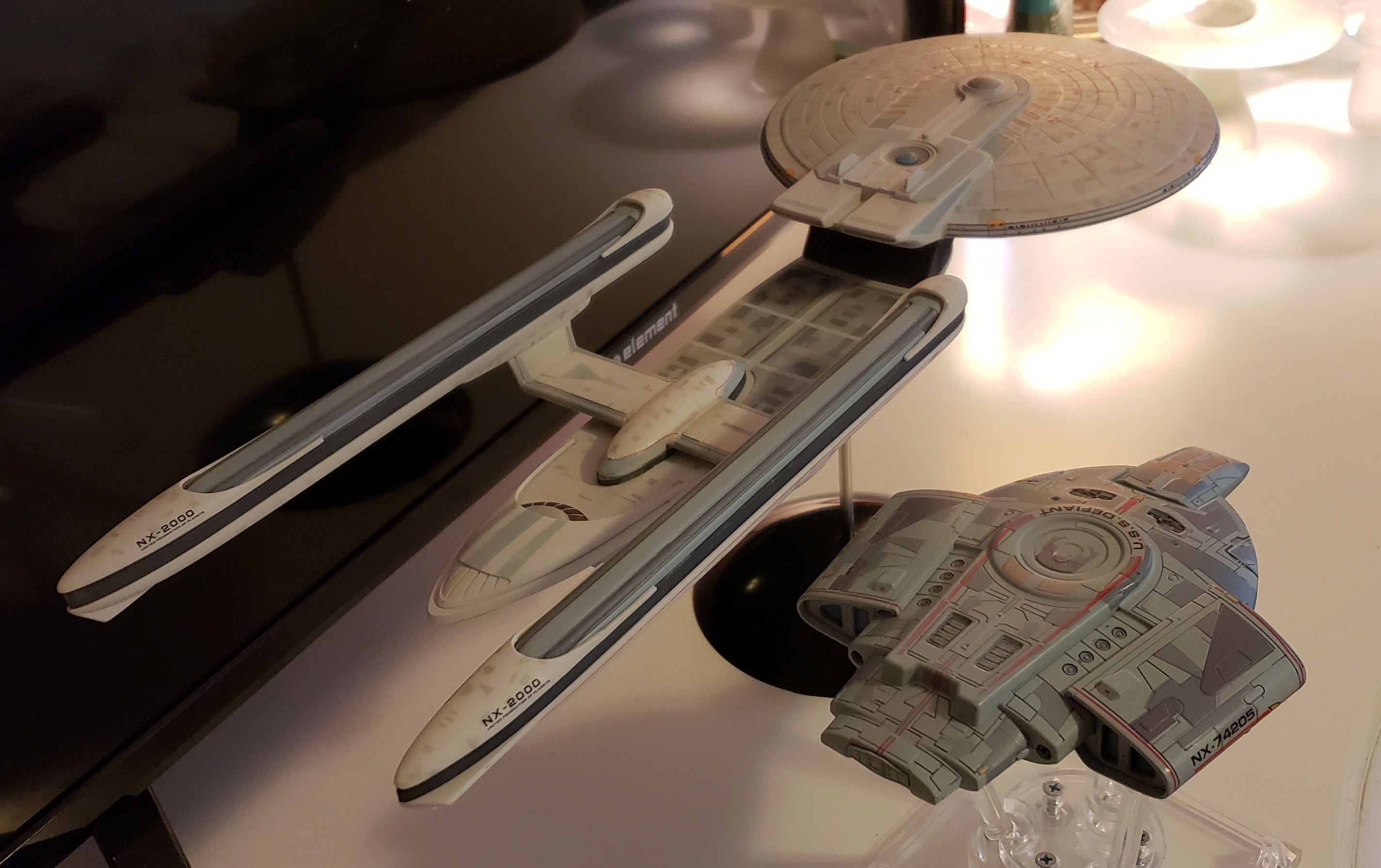 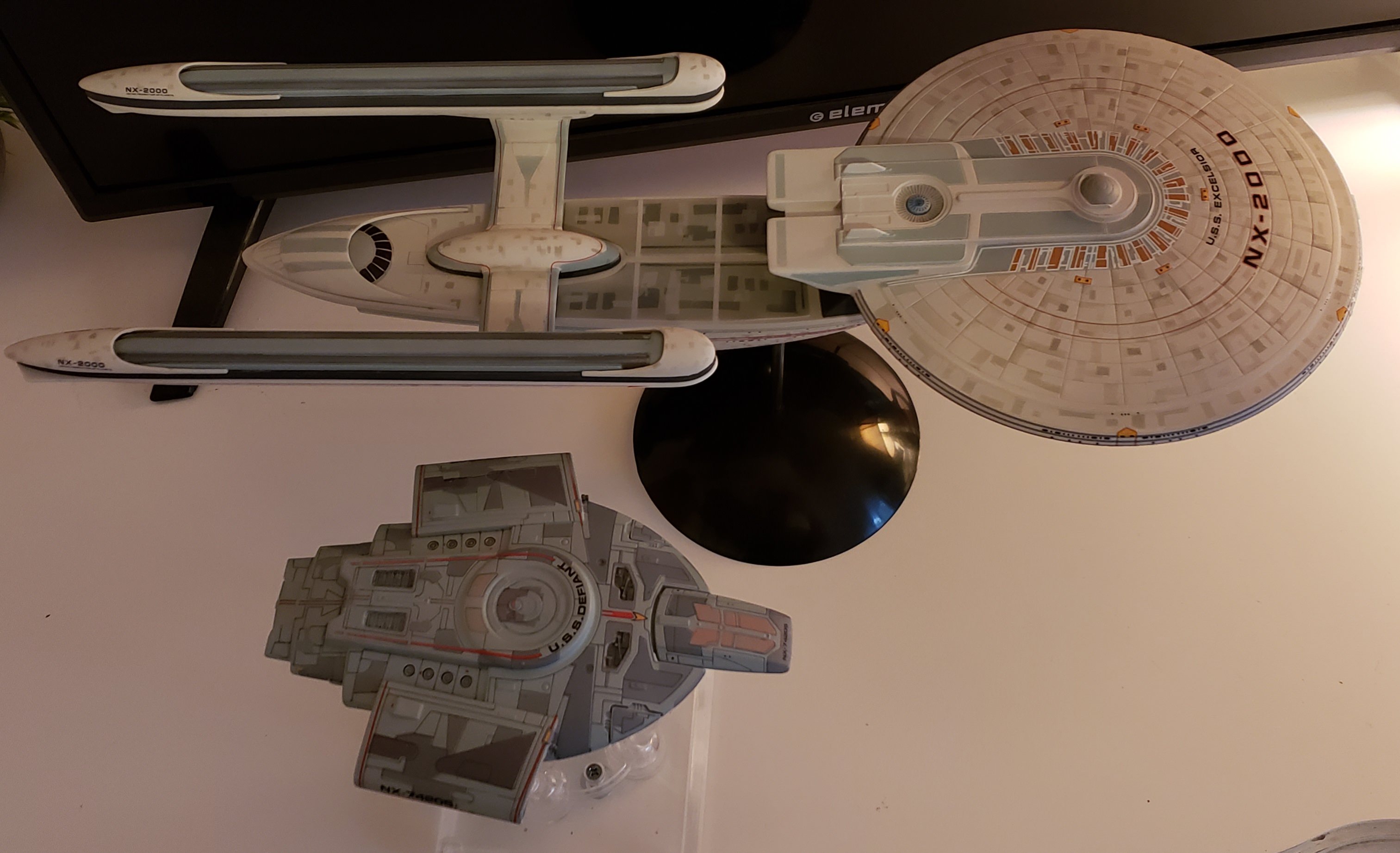