7 replies to this topic

The Bandai-boxed figures themselves are pretty readily findable on eBay, but the vehicles, accessories and playsets can be either very pricey or extremely difficult to find. Here we'll take a look at some box art for those foreign-market Playmates figures, vehicles and accessories. 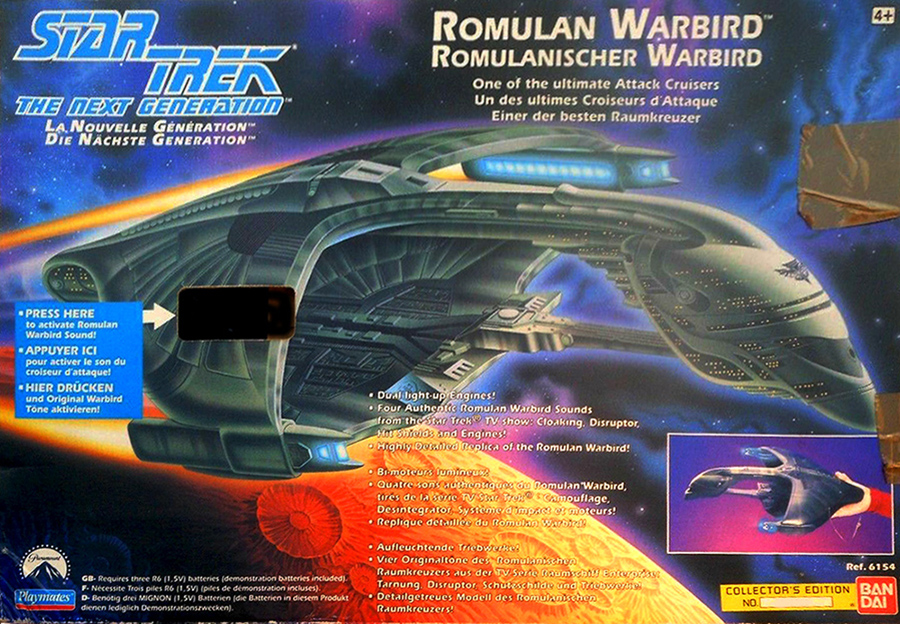 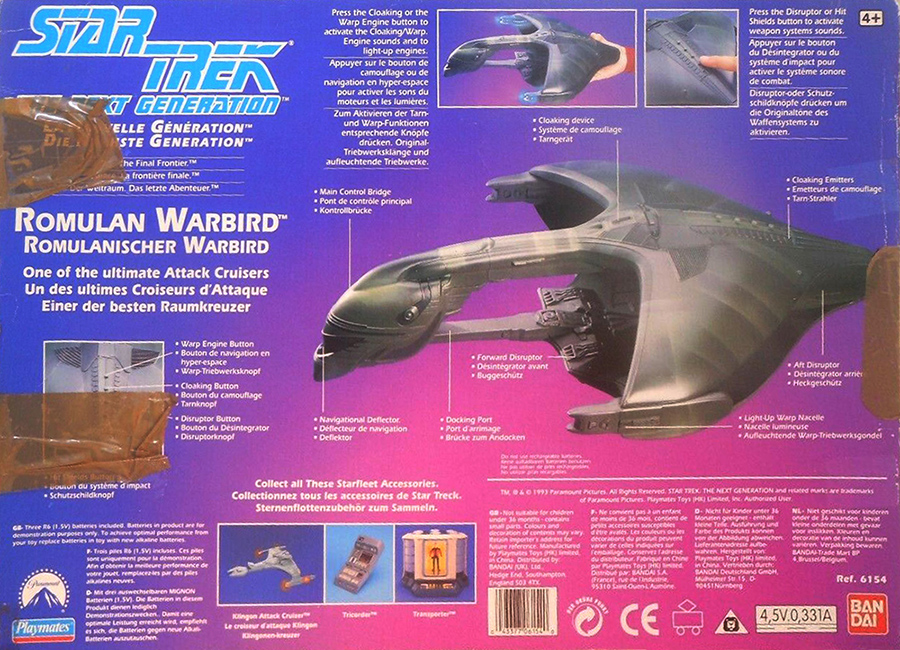 The Transporter playset. This was an item that Playmates complained about that it had overproduced, or been forced to overproduce, and that was later under-ordered by stores, so that it was stuck with tens of thousands of unsold items in their warehouse, to the point that it lost money on it. The culprit, of course, was the shelf space required -- stores didn't want to offer tons of shelf space to something that was not a ship, and required some dough.

It's tough to tell how popular The Transporter was in the UK, or in Germany or France for that matter, but let's just say that the UK got the bulk of these from what I've heard. 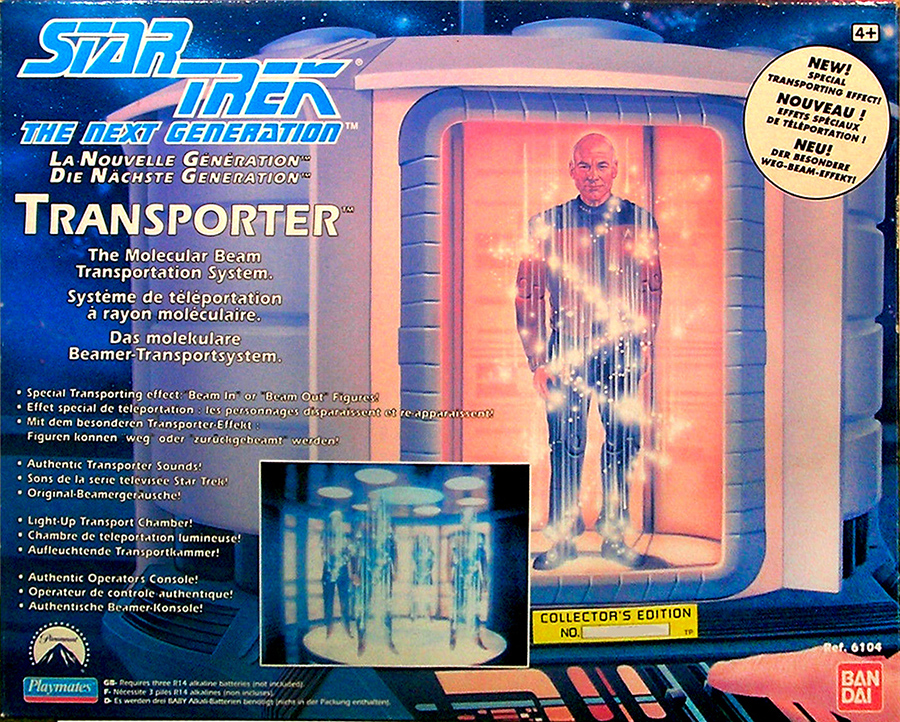 The Enterprise D toy was a pretty popular one in some overseas markets, and this is one of the two versions of the package. There is a later, second one that is much rarer.

This is one of the few items in Bandai-branded packaging that can be found with relative ease, new in box, because it did tend to get hoarded a bit by collectors in the UK. 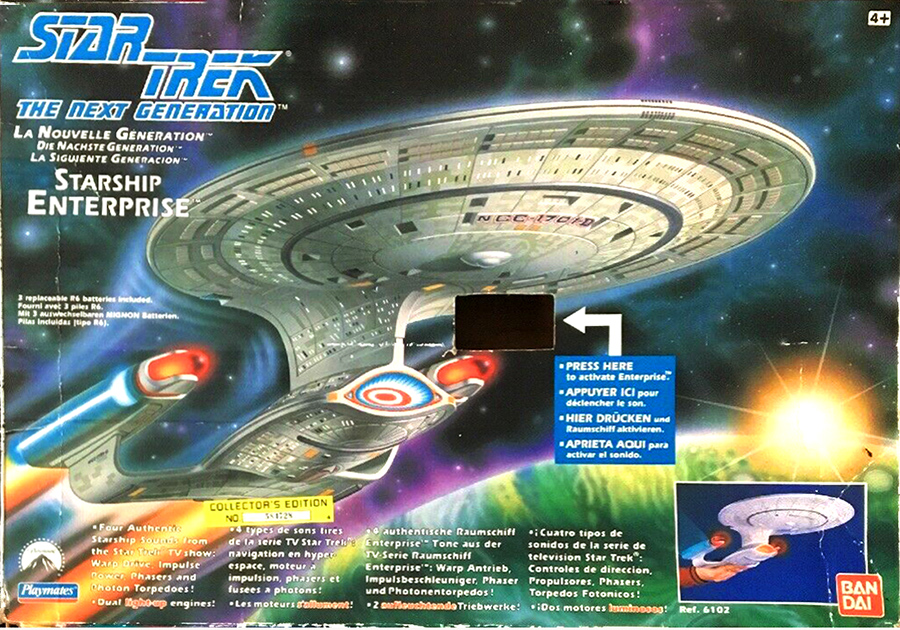 Bandai Phaser, with French, German and Spanish text. With both Playmates and Bandai logos, and the extra sticker on the front perhaps just for the UK market.

Check out the absurdly high individual number. Good lord, how many did they make? 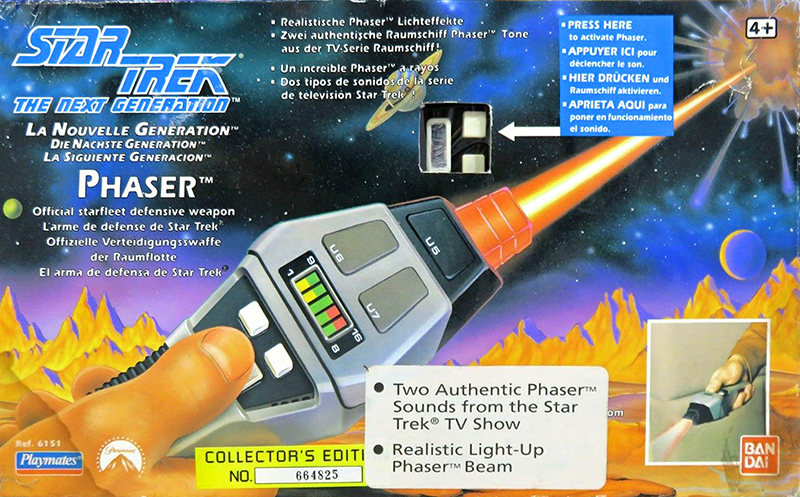 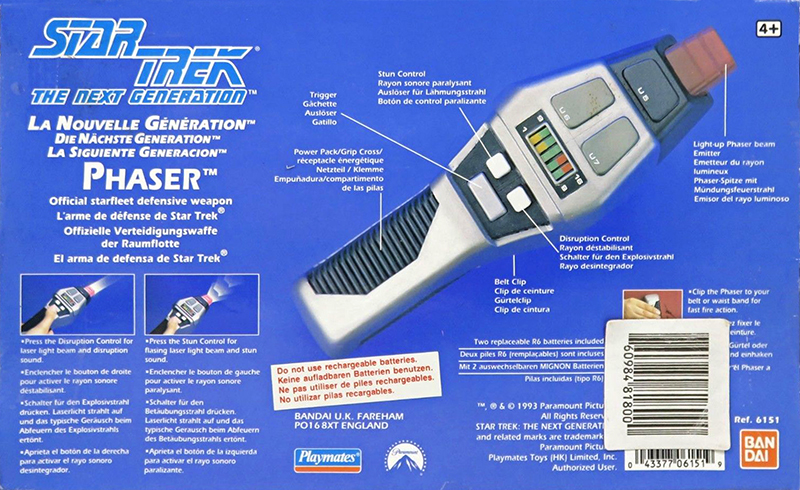 Not enough, apparently. The cobrahead phaser was and is pretty popular among cosplayers and larpers and, at least were I'm from, the item is still pretty valued.

No wonder that transporter room killed the playsets. After the mostly faithful (albeit downscaled) recreation of the Bridge, one would have thought/expected they would have done the same for the TR. Instead they fell completely back into gimmick territory.... with a gimmick that was fun for like ten minutes, not more. Never understood the need to add electronic lights and sounds to pretty much everything anyway. Most kids don't play in the dark and they usually make the soundeffects themselves. At least I did. But maybe I was a strange kid. All I wanted were faithful recreations of the rooms.

It's a shame. I would have loved to see a TOS-Bridge. Or a ready room. Or anything instead of that TR, really.

(and the Engineering playset is in my opinion a joke. It's just the warpcore and half a wall. That's like selling a single warp nacelle, half a console and a pilots seat and calling it a shuttle craft. 8[

Agreed on the phaser numbers - Back in the day when I was a kid those things seemed common as hell, and now - despite its many inaccuracies, it seems hugely popular.  Just like the first contact and Insurrection phasers too.  I spent quite a bit of $$$ on an Insurrection phaser a few years ago (mint in box).

I wonder if these values would have held up so much had AA/DST produced more role play items (beyond the Original series items, that is).  I'm still holding out hope that we'll see their excellent looking TNG phaser one day :-) 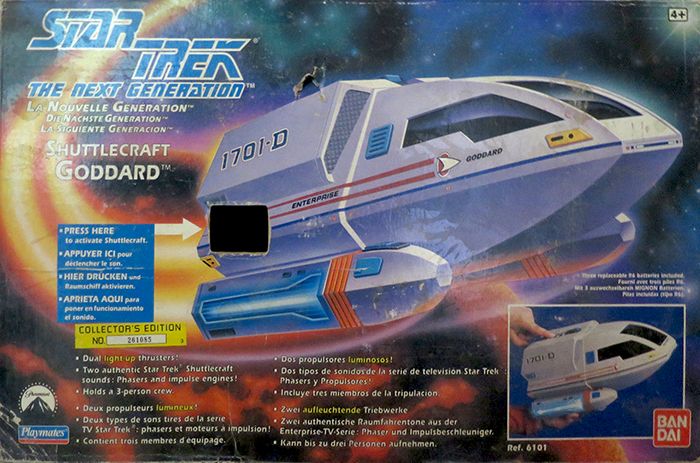 These can be pretty pricey today if you're looking for one, cause there just weren't a lot of them, and depending where you are so will shipping. 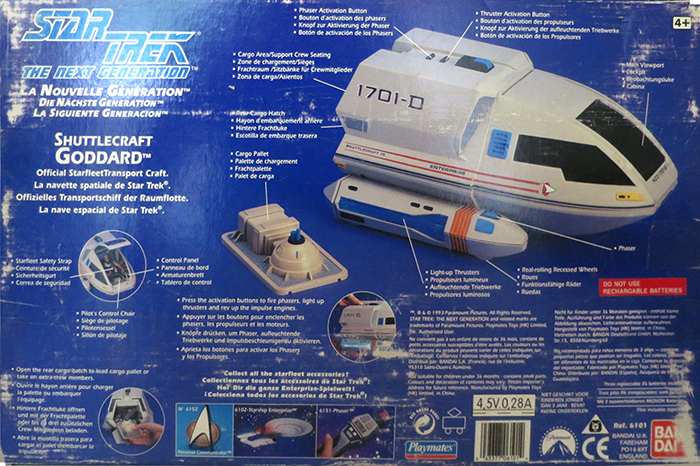 Bandai-branded Tricorder for the U.K./European market. Some batteries in these do tend to go bad after a decade, but somehow not all of them judging from some unboxings. Demand is still strong despite the number that were made. 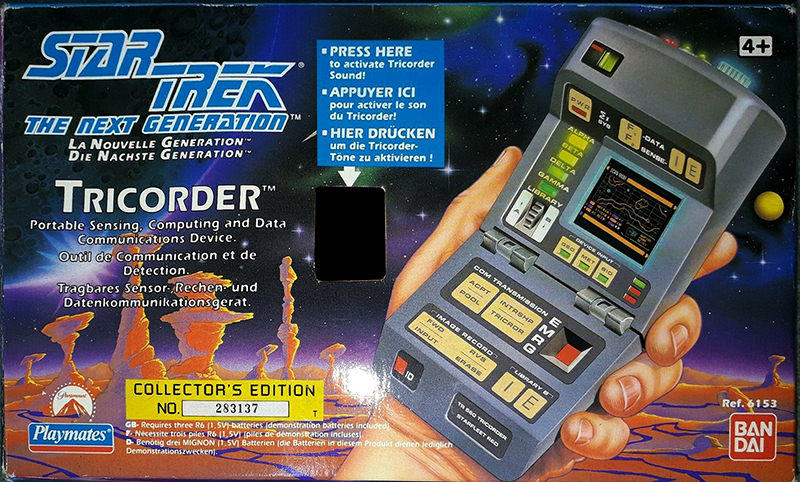 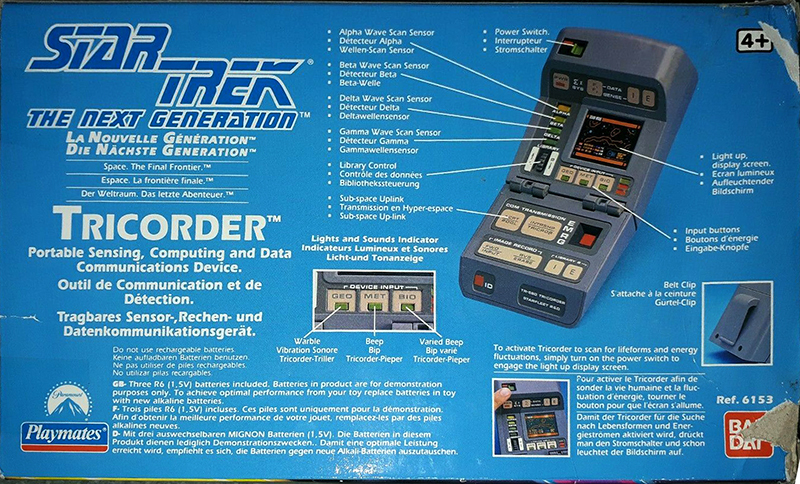