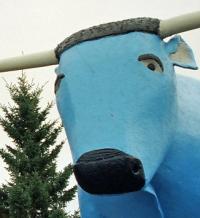 Yeah, I keep getting the 1 month free trial things... and AA had other things I enjoyed, but with all the new Viacom shows being added to AA  I'll eventually come back for a few months.

I dunno if Playmates sees a lot of collectors or kids-pestering-parent-buyers out there.

But are figure buyers, in any age group, there at all?

Seems like the super hero genre still has some... but I think much has gone to high end niche.

So while the argument can be made that she wasn't cast as a main crew member, She is, I think, the character with the most recurrences in TOS, and thus a very prominate character in the series... which is why its the one character I think AA/DST messed up by never releasing.

Oh! Timely post Jay K. Its available on "Tubi" for free (with some adds) just add the tubi channel on your Roku and watch it!

Looks like Apple TV+ which has some exclusive content is offering it up for free for a limited time.

I can't say I've cared for all the shows they have... but in the Sci-Fi genre I did actually like "For all Mankind"

But even better... the Apple Streaming app seems to collect other free offers from sites like Epix and HBO.

I still want my Yomen Rand and Nurse Chapel!

Maybe DST will show us that TNG phaser thats been in development for the last 5 years!!

Wow. I was reading some of the episodic commentary on trekmovie.com lots of opinions to be sure... but trekcore.com I think wins the day when they point out all the things the Federation and Starfellt have done thats... well not so Utopian...

Rene Auberjonois passed away from Lung cancer at his home.

I loved him in MASH, Soap, Benson and so many other roles, but his role as Odo in Star Trek will always be my favorite.

I think this is the first Primary cast member from a non-TOS show to loose...  Sir Patrick is about the same age, and most TNG cast are in their 60's (except for Will of course), so if meeting some of these beloved actors is a priority, don't wait!

Part of the plot of Unforgiven was that a truly bad person couldn't be reformed. They may tuck those tendencies away for a time, but eventually they return to form.

Also ... noted from the article Kurtzman says  to me section 31 is sort of like the black ops CIA division of Star Trek and it was established in DS9.

Its true that the concept of section 31 was introduced in DS9... but I think Ive said this before... my take was that it was portrayed as almost an antiquated organization and concept that served to cause more damage then good... and ultimately their path to victory over the dominion was flawed and shown to be the wrong path... ultimately it was diplomacy through Odo that brought the end of the conflict. So the concept was used as plot device to setup internal antagonist that wee shown to be wrong and ultimately failed... essentially saying that the Trek universe of the future doesnt need.... never needed a black ops CIA division.

Of course Im sure Kurtzman plans to retcon that concept☹

Just like the topic says, Nichelle Nichols is holding her final convention next May...

"on May 1 - 3, we invite you to join us for Nichelle’s final voyage with those friends and fans that love and adore her. Come spend time with this extraordinary woman—the last opportunity that you will have to celebrate with her—and join in the celebration of her incredible life and amazing achievements."

Looks like they will have plenty other guest as well.

​I've had the pleasure to meet her and hear her speak at a number of other conventions, truly a wonderful person, so If its on your bucket list... this may be the last opportunity!

What a awesome display for your AA/DST TOS figures! its too bad Kirk has no Yeoman to wait on him ;-)

Stewart, Spiner, Frakes, Ryan, Chabon, Goldsman....what else could we ask for?  Im holding my breath. Watch!!